How I spent my summer — 4th of July in Pittsburgh

We decided to gambol off to Pittsburgh for the 4th of July. We met Maryanne and Jim for a Pirates game and fireworks on the waterfront. During the day, we went to the festivities at Point State park.

Sand sculpture celebrating the War of 1812

The water was choppy so the boat races were not going well, or at all. 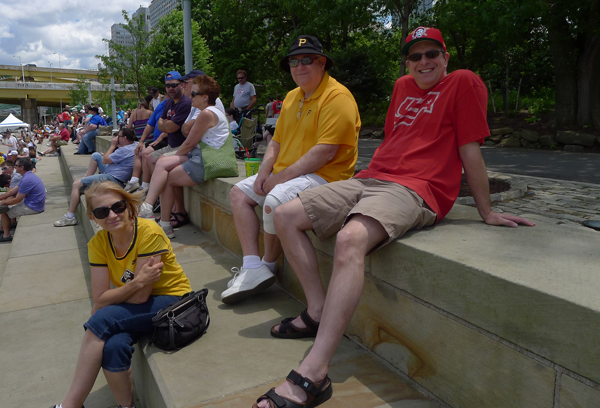 waiting for the boat races

Soon we gave up on the boats and made our way to the ball park. 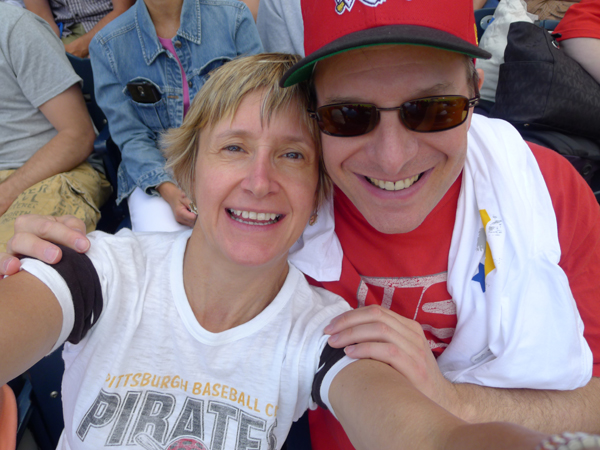 I had Manny’s BBQ and we drank some very good beer. Gosh darn it, we missed the pierogi race. That was disappointing. But the Pirates won so we made up for it in the end.

For as long as I have lived near or in Pittsburgh, I have never been to the fireworks. They were very good. It was a long show with some big poppers. They have Chicago beat by a mile. (Sorry. No one beats D.C.)

waiting for the show 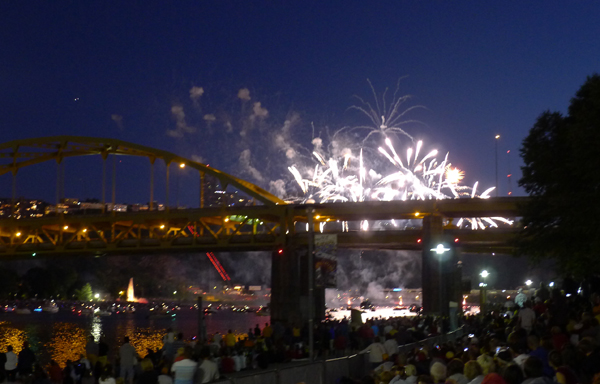 The next day we traveled to my brother Michael’s house for dinner.  He was stressed out because his daughter Rebecca was in the hospital giving birth to his third grandchild.  But the baby was fine and my brother was fine.